Features In Case You Missed it

2015 ALBUMS WORTH LISTENING TO

2015 was a great year for many  and what is a great year without great music? Some of our favourite artists released projects last year, some of them did not. We have some great 2015 projects that we deem are worth listening to (in no particular order). If you feel certain albums/mixtapes/ep’s should have been included, please add your comments in the comment section and let us have a conversation 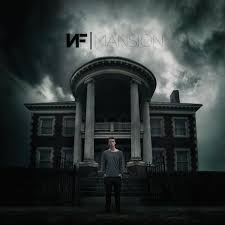 For me, this was one of the best albums I listened to last year for the simple reason of

“honesty”. Let me state here that this album does not scream Jesus from the beginning to the

end. However, it does tell a story of a growing Christian who has been through a lot of pain

in life. Basically, it is an emotional album. It was a well produced album which

complemented NF’s talents as a rapper and also a singer. So if you’re looking for a deep and

sincere album, you would like this one but if you’re looking for doxology and evangelical

lyrics, then you would not bother with this one

2. The Fear of God- Eshon Burgundy

Just get the album because there is not much to say. If you’re a Christian Hip-hop purist and

you have listened to this album, then this would probably be your favourite album of last year.

It is an overtly Christian album and it has a really strong biblical and theological approach. This should not

be surprising though, Eshon Burgundy (Just like Bizzle) is not the type to mince words about his faith. For those

seeking theological lyrics, this one is for you.

One word comes to mind whenever I think of this album- BOLD. Bizzle does not joke around

and if you’re new to Bizzle, prepare to be challenged. I love this album because Bizzle

switched up the style. In case you haven’t listened to this, it’s not too late. Cop this album now!!!

I derived so much joy from downloading to listening to this project. However, it’s not an

album. Omari dropped this EP last year to critical acclaim and I am proud to “famz” him as

my fellow Nigerian. The EP is deep and honest as Omari pours out his heart and empathises

with the struggles of others. There is also an underlying message of hope. Look, just

JGivens is a head “buster”, period. This album is deep and it does not lack in beats that make

you nod like you’re dozing or tipsy. It does not lack in lyricism and punch lines. As long as

you’re a fan of intellectual and conscious music, get this album. Get this album and let it

I really like Alex Faith and this album was really dope. This is the type of album you put on

repeat over and over again, same thing with his previous album, “ATLast”.

From the fun feel of Rat Race, to the exotic sounds of David’s Roof and the to the sultriness

of Make Me A Believer, this album is 13 tracks of pure awesome. The production was well

done and was supported with strong but good lyrics. This was a “play until you get

Here are some other notable mentions:

This site uses Akismet to reduce spam. Learn how your comment data is processed.

Protek Illasheva – Wahala For Who No Get Jesus

Protek Illasheva – Wahala For Who No Get Jesus